Pros & Cons of Internet of Things

The Internet of Things is among the most amazing technologies of recent times. Everyday, techi is taking or working on IoT devices and even the people’s daily life is depending more on such technologies and devices day by day. There are millions of IoT devices which are interconnected with each other even to the consumers. We have never imagined that inter human or machine to machine interaction was even possible but it is today now.

With IoT all these things are possible with their wireless network. Now IoT devices can also be seen on child’s toys or a driverless truck. As per the reports from Statista the active IoT connected devices is about to reach more than 20 billion by 2025. As we have seen that IoT is luring people from all around the world. Still, it is interesting to see the benefits & some drawbacks of IoT.

As we have mentioned that IoT has many applications as of now, & most of its use cases occur in real time. All the users need a smartphone with internet connectivity. These two, when paired up together, make you and your life smarter. Let us see some more examples of successful IoT devices, IoT in the refrigerator can easily identify when you run out of daily errands like milk & contact the nearest supermarket to deliver the same quantity that you usually have in your home. These devices will send you a text on your phone telling that you are running out of milk. So, IoT does make our life simpler with its easy access.

Remember when we mentioned that IoT is the most advanced technology that we needed? So, let us see another example of it. To ensure that the electricity is not wasted, IoT enabled devices manage street lights & automated everything. During the day the street light will automatically be shut and will be on when the darkness starts to prevail. The IoT devices can also be used to monitor the vibrations of buildings, bridges if they are overloaded. These examples show how this wireless technology is turning cities into smart cities.

The IoT is basically a machine to machine communication, which makes automation easier and possible. IoT is basically an advanced version of M2M in which consumers can also communicate with these devices to control & automate services. As per Cisco calculations, M2M connections supporting IoT applications account for more than half of the total 27.1 billion devices & connections.

As the number of IoT devices are going to increase in future, it is going to help businesses save around $1.2 trillion in productivity alone. The IoT devices easily connect and effectively communicate with each other resulting in conserving & saving cost & energy. Basically IoT also makes our system effective by communicating with devices and translating it into our required way.

IoT will also help with new business opportunities as you get the samples of data from the regular customers. The IoT devices & network collects data from the network & uses advanced analytics to uncover business insights & opportunities. This can help already established business & startups to use this information and deliver the right product and services to the consumers.

When it comes to success for any organization then productivity from the employees is the key. With IoT by their side, in time of training for the employees, improves labor efficiency and also helps in reducing mismatch of skills while increasing organizational productivity. So, we have much more time in our hands.

With all these benefits, IoT is thriving & moving ahead to do wonders in our lives. But let’s have a look at some cons to consider that comes with this technology.

IoT does not mean success as you can’t remove human failure with it. For instance, you and your partner both get a text from the device that you are out of milk and both of you picked it up on the way. There will be two packets and wastage of money. Because of such things every process is complicated, so it would be a better option if you register only for IoT enabled devices.

There are millions of devices which are currently connected with the IoT devices and its ecosystem. As the smartphones are not developed by the same manufacturer, it raises the issue of compatibility in tagging & monitoring. Many phone devices face connecting issues, because the original manufacturer didn’t think that you’ll be connecting your smartphone with any IoT device so they don’t care. So, the compatibility issues may force the buyers from specific manufacturers and that can also lead to monopoly in the market.

Everyone loves privacy with their information, but the more we are dedicating ourselves in these technologies, the more we are getting less private. With IoT devices there is a risk of losing privacy even more as your data is being transmitted through IoT devices. You can’t see if the data is encrypted or not. Due to rapid growth of IoT, it is facing security & privacy issues.

With IoT increasing day by day, it is making the process more & more automatic. Because of which it is replacing jobs firing off unskilled professionals. All this is creating unemployment issues in society.

IoT has impacted the lives of almost every individual in every way possible. Be it the older or even younger generation, everyone is addicted to technology for their day to day minute activities.

With the help of IoT, this dependency will become even more in daily routines. No application is free from fault, and there are some hitches in each technical application. Relying on IoT devices may create trouble in case of a non-working or crash of an IoT infrastructure.

IoT is making our life easier & smarter since its inception, we can’t overlook its cons as these are also important aspects to consider. No matter how good the technology is, its drawbacks should always be looked upon. It is also upto you to choose the right devices that will help you in making your life better. Keep these things in mind while getting your IoT app developed by the top IoT application development.

Why Internet of Things (IoT) is the Real Game Changer for Web Development? 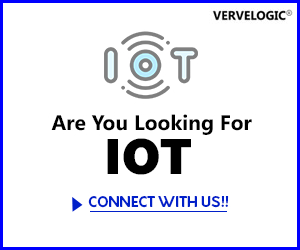