Top 10 IDEs and Tools for Golang Development – Worth Your Attention

For app developers, Golang needs no introduction as it has Google attached to it. Golang is Google’s Go Programming Language that helps to build top-notch online solutions that are subtle yet efficient. Initially introduced to make monoliths for Google, over time, Golang has proved its specialty as the best suited service-oriented structure holding firmly onto its benefits like easy deployment, productivity, and scalability. Made in the nutshell, it is the minimalist web development language fabricated with just 25 keywords that will not evolve – any upcoming library or functionality will be added as a new function and not the language itself. 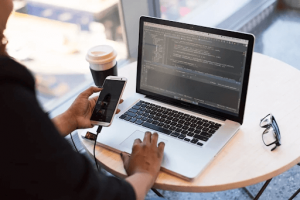 Thus being an open-source and compiled programming language, Golang makes app development far easier by supporting less coding and unique API integration without compromising on the performance. The language is responsible for creating several dependable, easy and efficient software. Go helps with optimization as well. The blog comprises Golang IDEs and tools that help in developing some high-end and potential software… So keep in mind this tech stack while you work with Golang.

Integrated Development Environment (IDE) is the app development suite that consists of basic tools helping in writing, testing, and running codes. If you are dealing with a large-scale enterprise project IDEs will help you streamline your codes and test them without much time and effort consumption. IDEs for Golang development are in the limelight these days, here is the list of top Golang IDEs that are worth your attention. 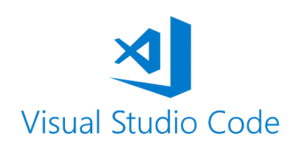 A venture by Microsoft, Visual Studio Code is a code editor used to build, optimize and debug high-end enterprise web and cloud applications. It is an open-source and fully-featured IDE with support to various types of programming languages. VSC completes itself with IntelliSense, call stacks, Git Integration, debuggers, hierarchical file compositions, and interactive software console. VSC has its own Go developers community that is always seeking new possibilities, Visual Studio Code considerably contributes to increasing functionalities of the software using various plugins.

An open-source Go IDE for building cross-platform solutions, LiteIDE comes packed with features such as system environment management, simple and open debugging system plugin support, MIME-type management, Kate format for auto-completion and theming, support for file search, revert, replace and fast open-files, commands and symbols. The IDE is available for Windows, MacOSX 10.6 and above, FreeBSD 9.2 and beyond, Linux and OpenBSD 5.6 and beyond.

Goland is a cross-platform IDE made exclusively for Go developers by JetBrains. It is a commercial utility that considerably helps in building high-end software with Go – holding amazing features, tool integration, and complete coding support. Being a commercial IDE, Goland provides an ergonomic and extensive environment with the support of additional tools as you start working with it.

Wide Golang IDE is an affluent web-based IDE that works in the favor of corporate-level development using Go. The IDE is a toolkit and companion for the web development company and web developers that are working with Go. Wide’s feature list includes debugging, code highlighting, in-built Git integration, unified environment, and so on…

Vim is a free and open-source text editor that is an advanced version of vi. This best IDE for Golang software developers includes a wide array of plugins and supports the auto-installation of necessary binaries. The other benefits of this comprehensive IDE are code assessments, faster file execution, Go-to definition, multiple third-liner assistance, adding and deleting import paths, and so on. 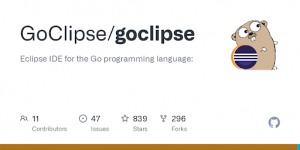 Eclipse, being one of the most popular IDEs, has various dedicated plugins and Goclispe is one of them that works in the favor of go developers and programmers. Eclipse is the plugin for Eclipse that supports source-code editing, automatic indentation, configurable syntax highlighting, and brace completion. GoClipse is a project builder with wizards that helps to create error reports. The plugin involves code support and debugging functionality. 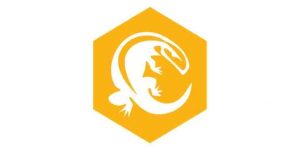 Komodo is a complete toolkit and IDE that supports other affluent programming languages like Python, Node.js. Perl, Ruby and so on. Komodo works in the favor of software developers with easy and clean coding and other features like code completion, code editor, unit testing, vision control, syntax testing, etc. Komodo has Golang code intelligence that enables code hinting and browsing.

Komodo supports collaboration as multiple developers can edit the same document in real-time. Installation on multiple platforms like Windows, Mac, and Linux requires only a single license.

Sublime Text is yet another efficient and equally popular text editor with a huge developer community and contributors working on it. GoSublime is a plugin for Sublime text 3. It has an extensive array of plugins, code completion from Go Code, syntax check, automatic removal, addition of package imports, and so on. 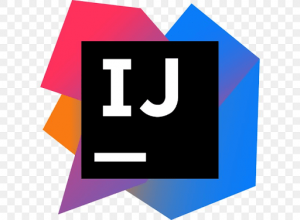 IntelliJ IDEA is popular among most app developers as a strong integrated development environment and a Golang support plugin installed to this IDE will work commendably in the favor of Go developers. IntelliJ IDEA uses a rapid indexing method, offers import suggestions for the IDE and contextual hints on the auto-completion object members. The primary feature list involves identification and refactoring. Being an ergonomic and component-based IDE that helps experienced as well as newbies with efficient software development.

An enhanced Go experience for Atom text and code editor, Go-plus provides a complete Golang assistance in Atom. App developers using Go-plus, are much likely to get real-time feedback on their syntax and create errors. Use Go-plus for linters, building flows, coverage tools and vets. The add-ons in the feature list include auto code completion with Go Code, Go Returns and code formatting with GoFMT, Go Imports, and more. 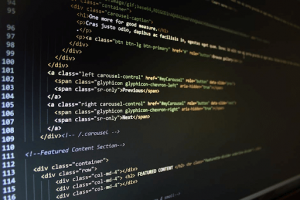 Have a look at the list of best Golang Development Tools:

The efficient golang development tool potentially helps in app development with Go by creating Go toolchains using native libraries that can easily be executed for cross-platform solutions. Golang keeps these libraries updated by downloading the binary distribution for every OS platform.

Depth helps web developers to streamline, visualize and retrieve Go source code dependency trees. The tool can either be utilized as a specific package or a standalone command-line app for project development. You can also come up with your preferred customizations by just putting relevant flags on the tree before fixing it.

As the name says, checkstyle is used by Golang for style recommendations in the coding. Developers can easily inspect file lines or functions and params or lines number that users can easily configure.

Apicompat potentially helps developers to recognize backward or exported declarations along with incompatible changes. This Golang tool is used by the developers to restrain from fake tests. However not all the backward or incompatible changes can be detected by Apicomat. The library author still needs to review the swapping argument parameters and other transformations.

Go-Swagger is a fully-featured toolkit that has an array of features and functionalities used to build enterprise-level solutions. An implementation of Swagger 2.0 that can serialize and de-serialize the specifications of Swagger. It is a minimalistic yet influential approach of RestfulAPI.

Go-callvis – the dedicated web development tool that helps with visualization of Go programs call graph (Graphviz. format). The tool is best suited for developing large projects that are developed using complicated codebases. It is beneficial precisely when you have to understand a product that is not made or the code structures that are to be re-created.

Go-callvis helps developers concentrate on particular packages inside the program, group functions as per the package and techniques as per the type and restrict packages to tailor path prefixes and neglect those which comprise them.

Go meta linter is used with IDE integration or along with the text editor like Atom Go-plus package, Neovim/.Vim, Emacs fly checker, Sublime plugin and Visual Studio Code. Apart from that, it supports several configuration files and linters like JSON.

Gosimple is dedicated to easing Go source code by targeting the most recent version of Go, therefore goes with Go 1.6 or above. In case there is a launch of a new go version, Gosimple is capable of recommending the simplest and easiest technique to avoid complex structures.

Grapes – a lightweight Golang tool that helps to deploy commands over Ssh with ease. It is written and maintained by Yaron Samuel and soon Grapes is going to support complete host key validation. Grapes are the best Go development that every developer needs to explore if working with Go.

Though Golang is a minimalist approach, the external IDEs and tools integrated into the system can help build some standalone web applications and software. The article has top Go IDEs and development tools that are worth every developer’s attention. Not limited to the aforesaid, there are various other resources for Golang development. Keep exploring for more…