DevOps -How it works and What are the application areas? 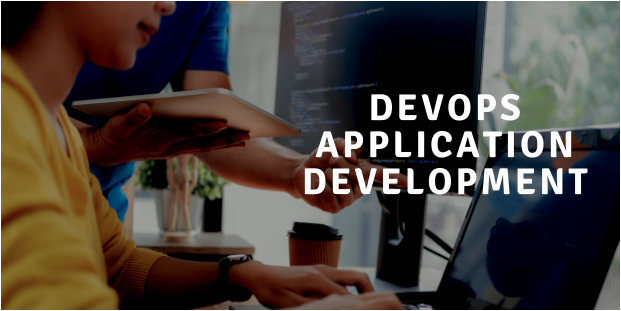 Devops  ,there was a time when the two business units accountable for delivering quality software did not get along ,causing poor outcome and functioning of the software .there war need of improved communication between the development and the opteration units,to reduced conflict and better communication and collaboration between these two units. Devops cultures is characterized by increased collaboration ,decred silos ,shared  responsibility ,increased automation ,improved quality ,and valued feedback .

devOps is the set of practices which can help organizations to reduce their go to market cycle time by improving and enhancing everything from inception of delivery ,if planned properly DevOps can help companies to release features faster also ensuring the better quality to their customer.

Automation  which is one of essential features of DevOps helps companies to achieve continued iteration ,verification ,delivery and deployment thus reduces the go to market time and cost drastically.use of various tools and practices as part of DevOps also helps companies and teams to be more productive.

Focus on developing a realistic dev/opd workflow for iterations ,issue tracking ,and release management .Notable tools or tool vendors in this space are going to include IBM ,jama software Atlassian, CA technologies ,and irise.

At this stage, your development team should focus on developments and review ,source code management ,and code merging .Notable tools and vendors for this include Github, Electric cloud  etc.

You must verify that the quality of the software release and code are maintained throughout the development process .only the highest –quality code should be deployed to or production .Notable tools and vendors include Delphix, Flawcheck, HP, IBM, Microsoft.

This refers to the activities involved once the release is ready for deployment . You might hear this period referred to as staging in some cases.Notable tools and vendors include IBM ,Inedo’s proget,Jfrong and sonatype Nexus repository.

This is the process of reading the software that you have created .it usually involves changing managements ,releasing approval and automation ,schedule orchestration, provisioning ,and deploying into production

These should include a full work up of application performance . This phase helps identify issues impacting the user experience.tool and vendors include Plumber,Big Panda,IBM.

DevOps Life Cycles  can be broadly broken down into the below DevOps stages:

Tools  and  Technologies  For  DevOps:

For infrasture one should know how to configure and create your DevOps environments such as whether it would be on –prime or on cloud ,if you would be using cloud then one must have some basic understanding of clouds and popular providers like ,AWS ,Azure. once you know you environments ,you would need know some popular provisioning tools such as ansible ,vagrant using which you can manage your VMs etc.similarly there are differents tools for other aspects of DevOps which is continuous integration ,delivery and deployments and one must learn them as well as required.

There are few things ,knowing which really makes the process easy lilk:

–>> Would be better if comfortable with any scripting language like python for automation.

The main benefits of Devops:

1 speed : With DevOps comes high velocity . so the developers can innovate faster and solve queries.till date ,the results have been precise and optimum.

2 Delivery: The frequency and place of release are fast . This helps in quick product improvement. Fixing bugs might not be easy ,but one can certainly fix it in less time with rapid delivery.On top of all this ,DevOps offers continuous integration and continuous delivery to automate the software release process.

3 Reliability: DevOps helps in maintaining the quality of application updates and infrastructure changes .so, at a higher velocity ,the delivery is of the same quality . This is why devOPs are quite reliable.

4 Bigger Scale and Collaboration: DevOps id adopted by It giants .this means that it is capable of operating and managing big  infrastures with reduced risk .under the DevOps cultural model,one can build more effective teams emphasizing on values like ownership and accountability .team collaboration is also easier with DevOps.

5 security: Moving quickly is good ,but one should also be able to retain control and preserve compliance ,while in quick action.the DEvOps model makes sure that one doesn’t give up on any security concerns ,DevOps offers features like automated compliance policies ,fine grained controls,and configuration management techniques.

It is a tool used by companies such as Microsoft and Uber .it is considered one of the best DevOPs tools for bug detection .it supports a variety of languages such IOS,Ruby javascripts, etc. and has built in SDK’s (software development kits) which helps in customizing the tool to support most languages and framework.It actively scan the code across the entire systems and notifies if there is error or bug not just that it also gives possible suggestions to rectify the problem which usually gets solved by a single click.