Invision is an amazing designing tool that makes the designing seamless & collaborative to create fully functional prototypes having an interactive nature. The best thing about the Invision is that the prototypes include transitions, animations & other gestures for Android, iOS and even for the responsive web apps. You don’t have to code to make the designs coming to life to use in your application. You can easily identify the problems or issues with the designing done on Invision. With Invision you can easily test visuals, and wireframe flows in a more tangible manner.

UXPin is a basically a comprehensive tool which is used for wireframing & prototyping. It consists of many inbuilt interface elements & other components which allows you to use drag & drop integration that are connected with Sketch & Photoshop. UXPin support also helps you with testing, usability and generating tasks, tracking users, analyzing user clicks, and finally display results to the team. It also speeds up the process of design, testing and rollout stages too.

If you are looking for something similar to Photoshop then Scratch. The only difference is that it is more powerful graphic design tool then Photoshop, it is perfect for professionals as it includes some most advanced features like 2X zooming export, infinite zooming, & stylized vector shapes. It has the tendency to export images in all three formats PNG, JPG & PDF. The best thing about Sketch is that it combines functionalities from 3 best tools used in design, visual designs same as Photoshop, Wireframing similar to one seen in Omnigraffle & Vector logos just like Illustrator.

Slicy is an amazing software for iOS users, it specializes in exporting the assets from Photoshop PSD to GIF, PNG, JPG, & other image formats. With this feature, the designers can make it easy for iOS workflow. It also eases up the process by simply dragging & dropping a Photoshop file.

Skala Preview is another wonderful tool for the both Android & iOS designers as it shows the most accurate color & the size presentation. It also allows you with the canvas preview with the option to edit. You can also set up a remote connection with every update being noticed & highlighted instantly. Skala Preview specializes in contrast, fonts, testing colors, text sizes & ergonomics.

It is another great tool that helps in easy drag & drop with realistic screenshots of windows, iOS, android apps in a few seconds. It helps in developing aesthetically beautiful designs. It is an amazing tool if you want to present your work in an artistic way.

If you are not able to find the right software that helps in customization of color scheme in your app then Adobe Color is the right choice for you. It has an interactive color wheel with thousands of color combinations to choose from. Top features include saving color palettes, edit it anytime and use it later. You can choose from the most popular, newest & top rated color schemes & even create a new color combination altogether.

It is a free plugin that helps in identifying the fonts. It helps with finding the unexplored fonts & is very simple to use. You can use different fonts on your app without any worry about commercials or pictures. You just have to add the plug in to your browser, drag the mouse pointer on any font present on the website, you will get line spacing, point size and font name details immediately.

We all know Photoshop as the most popular software editing tool on this planet. The UI/UX designers love to use Photoshop for creating high-end visuals as it provides the perfect layout for every kind of interface. Mostly you have already seen many people using Adobe Photoshop & Adobe Illustrator as they have a number of functionalities that they provide. It is also the most owned choice by the designers for icons & logos due to its unrestricted manipulation edge.

OmniGraffle allows you to reuse components, importing images from other custom libraries for an efficient process. It is among the top tools for wireframing to create extensive wireframes and multi page decks. It is so efficient that it has made it possible to reduce creation time by half literally.

It is an interactive tool that allows you to run interactive simulations & prototypes. You can easily incorporate touch gestures, orientation changes, iOS Wear, cars, alarms gaming, smart TVs & other internet based devices with Proto.io.

When you will use After Effects for designing, you can easily have prototypes for almost any kind of animation with no limit once you have your grip on this tool. As a designer you must have an idea of the difficulty you have to face to convey animations & transitions in between every screen but with Adobe After Effects you can easily do it. No matter if you are looking for motion graphics or differently paced animations, this is the tool for all your problems.

With Fluid UI you can easily tune in your ideas in a few minutes. It consists of a very easy to use UI drag & drop editor. It is also purposeful as it gets feedback from users, stakeholders and even from investors. You have more than 2000 built in components to create prototypes quickly. You have the option to choose from Material Design, iOS, Windows and Wireframe libraries.

These are the top 13 UI design tool kits that you must know about if you are a designer to make your work easy and top bar.

A Practical Guide on When you Need to Redesign your App 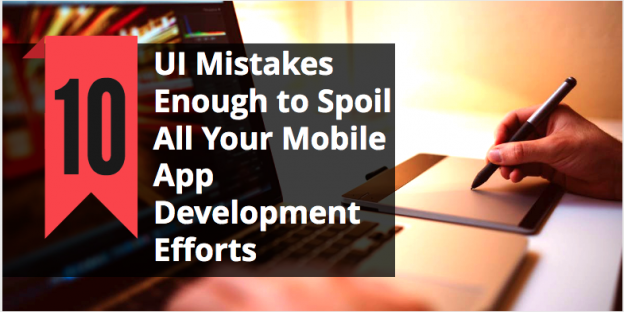