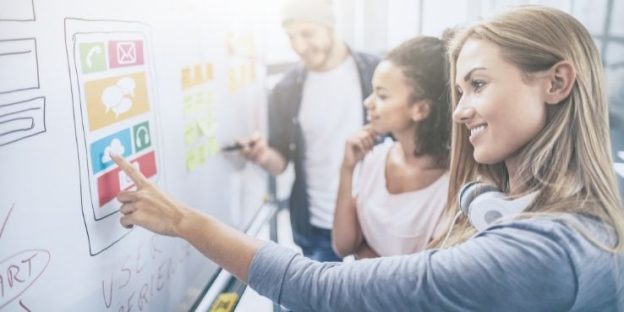 What is Cross-Platform App Development?

Cross-platform apps are mobile apps that can run on android, iOS and also Windows and all the other platforms just by writing the code only once. For business owners who are on a tight budget or experimenting then a cross-platform mobile app is a great solution for all.  There are many other advantages of cross-platform apps as well because they are much deeper in market penetration and can be easily downloaded by your users regardless what kind of smartphone they are using. On the other hand, with an industry-specific platform for mobile app development, you are restricted to a certain number of users and that’s surely a bad bargain.

Fun Fact: Do you know there are 2.8 billion android users in the world and over 1 billion iOS users. And no matter in which industry your business offers services, your business would not want to lose out on either of these numbers.

What are Cross-Platform App Development Frameworks?

Now that you have decided to take your business online with cross-platform then it’s time to learn about the frameworks and technology. As mentioned there are different kinds of frameworks that can be used to build mobile apps. It’s basically a library containing all the necessary tools required to develop an app. Cross-platform development frameworks are specially built to create apps that can reuse the same codebase and deploy the app on any platform. So, without further ado, let us have a look at some of the most popular and useful cross-platform app development frameworks in 2022. 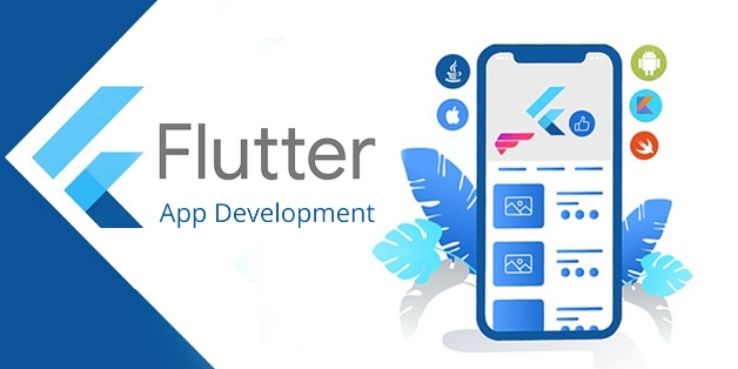 Without a doubt, Flutter is going to win as the best cross-platform framework in 2022 and beyond. As of January 2022, there are over 90,000 Flutter apps on the Google Play Store which was only 50,000 only a year ago. Everybody in the development world knows that it’s a massive jump and it shows the popularity of Flutter increasing with each year. The latest survey by Statista shows 42% of the developing world over use Flutter for app development. Flutter, the latest framework from Google has more than 500,000 developers every month that uses Fluter for android app development.

Flutter started as an open-source mobile UI framework that helps developers build cross-platform apps with just one codebase, creating native UI for each platform. It ensures your app looks and feels exactly like a live native app giving your users a high-performance app at half the cost of an actual native app. Now that’s something amazing. Google’s idea behind Flutter is encouraging, “What I Want to Build for the User ”. Some of the major features that make Flutter the perfect for cross-platform app development.

Less Coding Required – Flutter uses dart as its programming language and is object-oriented in nature. It also doesn’t require a Javascript Bridge thus helping developers write code in relatively lesser time. What makes it best is it offers 80% code reusability making it perfect for deploying apps on various different platforms with just one code.

High Performance – We understand that most people believe cross-platform means fewer performance apps but it’s not the case with Flutter. Flutter apps offer high-quality performance at par with native apps to your users. Flutter apps look and feel just like native apps giving users the captivating experience they were looking for.

Hot-reload – Most enticing feature of Flutter is hot reload. Any changes made to the code can be seen in real-time by the developer thanks to the hot reload. So if you’re making the icon one size larger or want to color the button one shade lighter, you don’t have to reload the entire app to see the changes reflected. 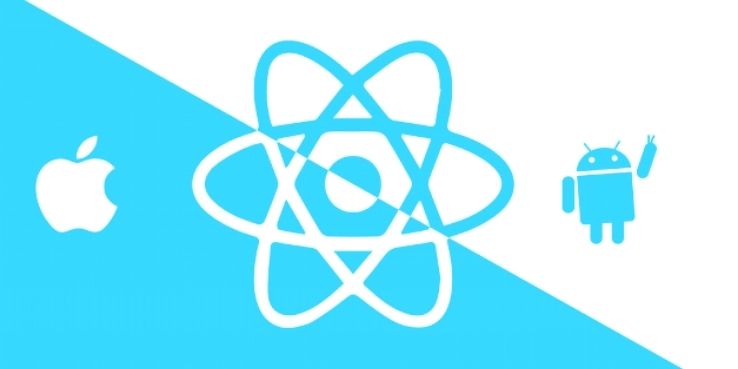 Second best and another popular cross-platform app development is React Native from Facebook. React Native is a JavaScript-based mobile app framework that allows building natively rendered cross-platform mobile aid that can be deployed to iOS, Android, or other platforms with writing code just once.

Although it came a few years earlier before Flutter still it has a good grasp over the market. Today around 40% of the mobile app developers use React Native in their development projects. This leading cross-platform mobile app framework from Facebook is built on React which is a JavaScript library. It’s said that React Native offers a modest learning curve and is perfect for anyone from a JavaScript background to upskill themselves and dwell in the world of mobile app development.

React Native as the cross-platform app development framework makes it super easy for the developer and businesses. Probably a major reason why all primary mobile app development companies love to use it to deploy iOS, Android, or any other platform app using React Native. It allows us to reuse the code to make the process faster. Since a large chunk of the code is common, React Native lets developers write some parts of the code specific to the platform thus allowing them to customize the app to a given platform. This means the app built using React Native offers a native feel and high performance at the same time.

React Native also provides a dedicated native UI that makes it easy for the developers to build a customized user interface according to their preferences. It makes React Native super popular in iOS app development because easy customization and native performance are what everyone looks for. 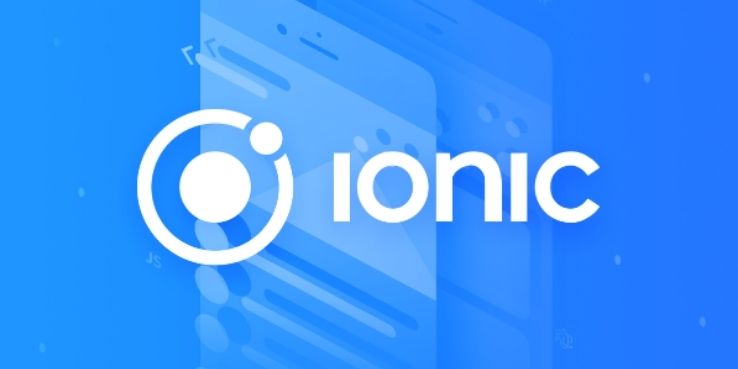 In this list of the best cross-platform mobile app development framework, Ionic sits third. And this is also it’s worldwide ranking in the popularity contest. A few years back Ionic entered the market with a storm to aid the business in developing both iOS and Android apps with a single code. That’s why 10% of all apps on the Apple App Store and 16% of apps on the Google Play Store use Ionic. Although it was launched a decade back, Ionic is still popular despite the advent of newer frameworks like React Native and Flutter.

Talking about it, it’s an open-source UI toolkit that makes it easy for the developers to create hybrid apps that feel very close to native apps. So, if you want to have an aesthetic look and high performance in your android app development then Ionic can be a solution to look for. Based on AngularJS, Ionic uses prominent web technologies like HTML, CSS and JavaScript to develop a variety of mobile apps including enterprise apps as well as Progressive web apps. Its ability to handle hundreds of APIs, various plugins for native features, ability to customize code for different platforms makes it popular among the community. 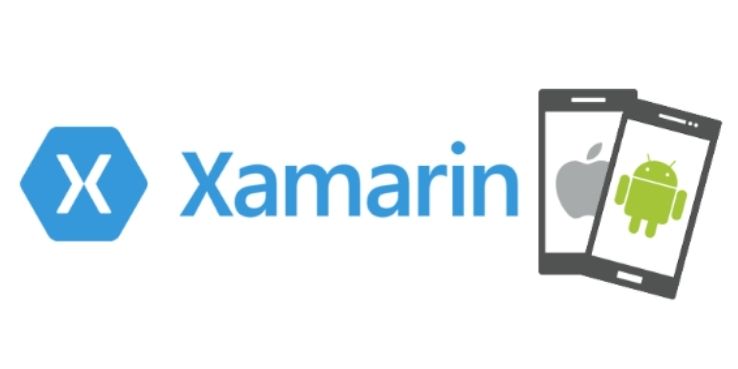 Xamarin was launched in 2011 as the major cross-platform app development framework which is streamlined, independent and can create Android, iOS, and Windows apps easily. The best feature of Xamarin is that developers can reuse up to 90% of code cuts the development cost, time of development and having an advantage over your competitors. Amazing isn’t it?

As compared to other cross-platform app development frameworks, Xamarin is relatively easy to comprehend as you need knowledge of .net and C# to get on board with it. It’s easy linking with native libraries enables developers to perform smooth App customization and impart native functionality to the app.

PhoneGap is among the earliest birds in cross-platform space. Somewhere I believe it was not able to capitalize the opportunity to grasp the market. Maybe it was lack of resources or no interest from the developers but it is still used to develop iOS and Android mobile apps. PhoneGap was developed in 2005 and later it was acquired by Adobe in 2011.

Moreover, it should be noted that Adobe has discontinued support for PhoneGap Build as of 1 October 2020. Although a good amount of developers still use this cross-platform development framework for mobile app development, they will not receive further updates in PhoneGap. Sad but the market is already filled with leaders like Flutter and React Native who are not going anywhere.

So, in conclusion, there are two major players in the market and that are FLUTTER and REACT NATIVE. Both frameworks are backed by giants like Google and Facebook respectively and will rule the market of cross-platform app development in 2022 and beyond. Moreover, there are other options also like Ionic and Xamarin from which you can choose depending upon your requirements.

As you already know that cross-platform apps are here to stay because they offer heavy advantages in terms of money, time and convenience. Cross-platform apps can be built in half as much time as native apps and deployed on all platforms at once. And another point to be noted is that the framework you choose for the development is really vital because it will determine your app’s final look and how your customers interact with it. That’s why it is suggested to hire the best cross-platform app development team for your business. We hope the information in this post will be helpful to you. 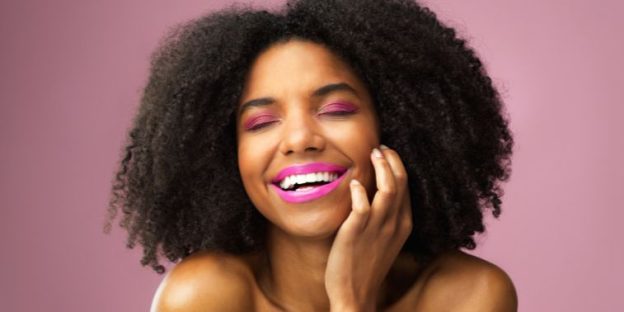 11 Best Creative Apps to Up Your Beauty Game