How to develop a comics reader mobile app with great features? 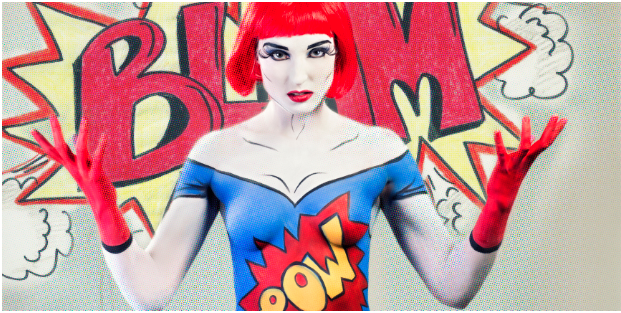 As we see today’s technology is reaching into every corner & nook of our lives & it’s also not leaving the words of comics untouching as well. Just like books, today’s comics have also gone digital. Digitalization in comics has resulted in the proliferation of mobile apps that allow users to read their favorite digital organzine & comics as per their electronics collections.

Why are comic brands looking forward to getting a mobile app?

There are big names in the comic just as DC, Marvel & several others have already made their appearance fleeting into the digital worlds after launching their personal mobile apps. Essentially mentioned, this shift has urged the comic brands to also make an entry in the arena of the digital comics world. In fact, after going through the frenzy created by these comic apps, it is the perfect time for most of the comic brands to surprise their users by creating comic apps for their users, in android & IOS. Certainly, their ways are great for grabbing the attention of the new users for the new satisfactions of the present users.

Developing a comic app is not a time-consuming process & to get just like app development for your brands. You will simply begin after hiring an excellent comic mobile app development organization that will understand your delivers & required exciting features & user friendly features in rich apps.  Once your apps are ready, it will be published on various app stores such as iTunes, Play Store Etc… for getting more users, furthermore, the comic business will also enable in-app purchasing with this app, so for enjoying the long – revenues, in sans on any hassles.

It’s quite an easy process of getting your comic mobile apps for developing for the receiving the comic app development services. In facts it will be a greats marketing gimmick as well, the reasons are your user would just love the ease offers from the comic mobile apps is like :

–> The audience will be able to read their favorite comics anywhere & anytime on their tablets & mobile devices.

–> Users are able to get & save up on luggage when they travel, in the comic books it is instead loading into the apps.

–> An online bookstore will be created with the in-app buying features.

How can you create a comic mobile app?

Once you are sure regarding the variety of formats you want for your comic app, then you can move for further development process. So it will be done in two ways.

1. After creating it with software wants that will be used without & independently they required internet connections.

2. For creating it with web-based apps

Meanwhile, web-based comic apps are going to offer simpler features & user – friendliness compared with offline software, they are more conventionally for designing graphically intense content. If you are searching for creating comic apps in a short period of time, then at that time you can take advantage of various free online software available out there. To create a feature-rich mobile app, it’s better to get in touch with a comic mobile app development organization that will certainly make a marking in the areas of the comic mobile apps.

Features in  a comic mobile app

This is about how the user can log in to your app, so the app developer will offer several ways of registering in the app, just like with social media credentials, via email registrations, or with using your mobile number.

This section is for showing the list of comics whatever available for reading for the reading of the user. While the users are registering in the app, then ask them for preference & choices.

These are the type of features that are keeping the users managing with your comic books app, such as when the user registering in the app, so asks them about their preference & choice,  Accordingly, they suggest them in the comic in every time then they wipe open the apps & informing them regarding the new entrants.

Allow the user to choose they can prefer their comic books & mark them as a favorite list. In this way, you will know about their choice in the comic books & they offer within the mobile apps & they do not require scrolling their entire categories every time they will open the apps for reading their comic books.

You can allow your user for giving the reviews & ratings you can also offer their personal sections so personally, they can give regarding your opp over there. This section is really beneficial for you to know about your users.

This is the important feature that is really very crucial in mobile apps, it is little in the comic mobile app as well. This feature is for whenever the new books are reading so it sends notifications to the user so easily they can access.

This feature is for allowing the users for making app purchases, such as the purchase in the upcoming books.

With the help of the comic mobile app, you will be able to post your blogs on that site’s feeds to update your fans seamlessly about the latest launches & latest news in the world of books & comics.

This feature is for allowing you to capture a wide user marketer your users will form various parts of the world & also they all might not be familiar with just one language.

These apps Are offering multiple payment modes, so that the users will easily make payments with their cards, strips, PayPal, etc.

This is the best feature & for integrating your app with social media platforms, you will give permission to the app users for sharing their stuff on social media accounts, such as a comic that’s for reading presently.

There are the lists of some famous books of mobile apps :

As one of the most important digital comic platforms online, the content of this comic feature from the renewal of the comic publishers, DC & Marvel, like image. So readers might be buying the reading  & comic forms on Comixology websites. This firm’s mobile app, the comic is available for both android & IOS platforms & enjoys a wide user base. These apps also allow the users to download the comic & read it in apps.  This special feature is guided views mode, which is very useful on the small screen as well as there are the ultimately modes that are a type of subscriptions enabling the user for reading to all. This app is not allowing for improvement to the existing comic collections for making an in-app for the buying on IOS.

This platform is allowing users to purchase & download digital comics. This sets this platform apart from the others coming from with a few neat extras. The reader is also buying & reading for enhancing the reading technology, using for guiding user reading flown on a touching screen on devices. It also offers apps for parental controls, they enable viewing PDF, CBR, CBZ, ePUB files is easy. so the reader will be also renting graphic novels for 28,48 & 120 hours.

Most publishers have shown their huge interest in one step of comics of marketplaces, like ComiXology, or others for selecting or putting into their own digital marketplaces, as download managers as well as they are the comic readers, there all things available in a single package.  So their reader experiences might not be polished with the other mobile apps, dark horse comic apps or features in a panel’s zoom supports & reading modes of right to left reading modes. Aside from paid comics, dark horses offer more free & introductory issues of which providing free teasers & samples for its reaching into a library in comics series.

Rather than purchasing titles one by one, readers will be able to access several issues for the marvel comics archiving the marvel ultimately in-app.  Users will be selected for subscribing for the $70year to $10 months, getting to the accessing for the greater than 13,000 issues for the wide diversities of the classic in the marvel of arching, where is issues has included in weekly. So it doesn’t have downsides, for requiring the audience for the online order for reading & accessing comics. It is commonly offering greats of the marvel fans for binge reading classic tales in the marvels in the universe.

This is also the type of comic read online apps, it is also a gateway. After downloading these apps, they can access the catalog of DC ranging entertainment for the tales of Superman, Wonder Woman, & batman. This user is allowing the synchronizing of the apps across multiple devices. This way they do not require it whenever they leave, as they switch their tablets to a phone.

How much does it cost to develop a comic mobile app?

Mostly, costing of developing a comic mobile app is totally depends upon the largely three features, such as

–> Size of the mobile app

–> The various platforms you want to add into your app for running purposes.

The most crucial feature is that it is affecting the costing in comic mobile apps in the parts where the apps development organizations fall for the instance.

Including in all the costs, the developments of comic mobile apps with averages will cost somewhere approximately $10,000 -$25,000, for a single platform. If you select for developing a crossing platform for adding more features for your comic mobile apps then the costs will go around $45,000.